DELCOR Family Office has continued to invest and offer it’s support in IT start up company iCetana.  The Perth based company announced a further $8m capital raise to increase it’s international expansion on top of it’s already strong cash flows. 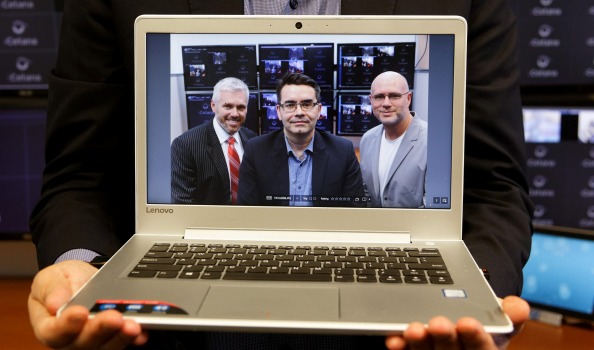 Live video surveillance tech company iCetana has closed an $8 million capital raise to accelerate its growth, as it works towards an exit in the next two to three years.

The round was led by Perth-based fund Go Capital, which is also an investor in HealthEngine, with participation from the DELCOR Family Office, Yuuwa Capital (a $40 million early-stage venture capital firm based in Perth) and a range of angel investors.

iCetana chief executive Chris Farquhar told The Australian Financial Review no more product development work was needed at this point, so the capital was going towards boosting sales and marketing.”It’s growth capital to try and get us to increase our presence in the US, Europe, the Middle East and Asia,” he said.

“In two to three years we want to have $20-30 million of revenue per year. We also want to see growth in our global markets in a few key areas – transportation, shopping malls and smart city developments.”

iCetana was spun out of Curtin University in 2010 after a research group at the university created the technology underpinning the platform, which involves anomaly detection algorithms.

The iCetana system utilises computer vision, machine learning, adaptive algorithms and pattern recognition to establish “normal patterns of motion” for surveillance cameras. The platform then automatically displays to operators only those cameras which are showing abnormal activity in real-time.

“In video surveillance there is an increasing problem of having hundreds of cameras feeding into a control room where they can only display 5 per cent of cameras on the screens. So it’s very difficult to pick up key events before they escalate,” Mr Farquhar said.

“We use machine learning to learn what actually happens in a scene, and it learns over a 14-day cycle what ‘normal’ is.”

The company recorded a profit of $1.4 million in 2016 and revenue of $4.9 million. It counts companies and government organisations in 10 countries as customers, but for security reasons was not able to disclose names.

The company has more than 15,000 cameras in operation globally, being used by mass transport providers in Australia, large retail operators in the Middle East and major university campuses in the US.

iCetana was originally seeking $5 million in capital, but the round was oversubscribed and the business opted to increase the size of the raise to further drive growth opportunities.

Mr Farquhar joined the business as chief executive nine months ago, but had been involved from the early days and had helped the founders raise capital.

“Our plans are all around growth, so accepting more capital means we can accelerate those plans,” Mr Farquhar said.

“The plan is to push hard for the next two to three years and then look at either doing an initial public offering or an exit.”