In summary the Budget is proposing to introduce the following:

Yesterday afternoon all these banks took an initial hit in the market, dropping more than 2%. On open this morning the banks fell near 2% again, although all are now rallying higher after the initial impact.  This effect now offers attractive yields on the banks, with only MQG not attracting 100% franking credits 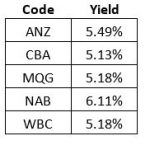 Until the budget announcement the Financial Services sector had been tracking higher from the recent low in October/November 2016, on steady volumes and a relatively volatile free range (compared to the 2015 – 2016 period). 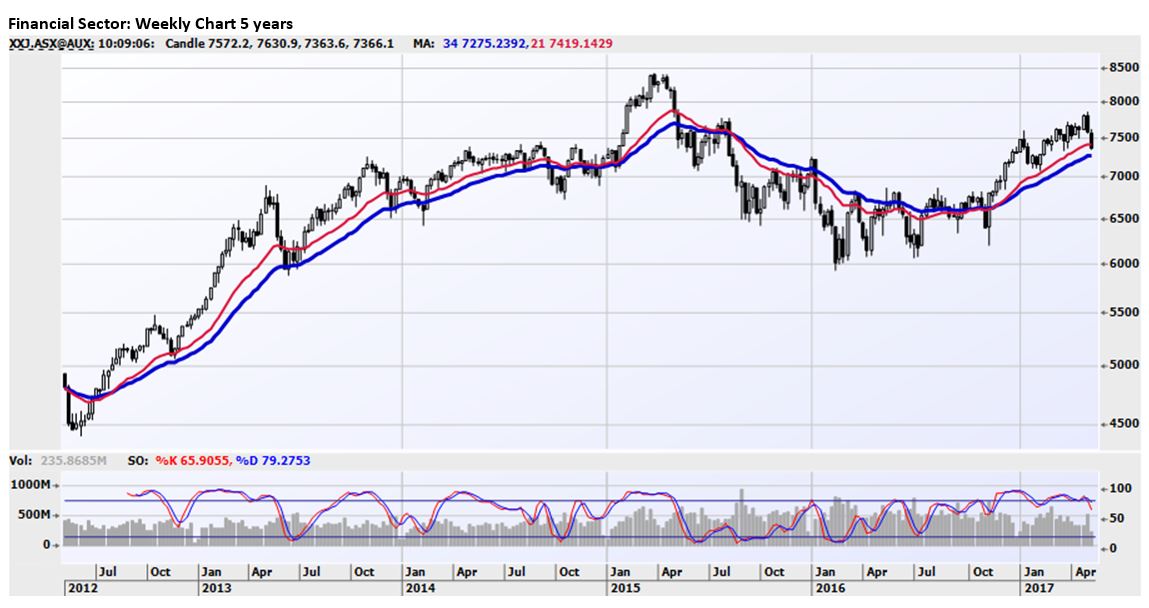 Our local market (XAO) continues to rally higher and is now approaching 6,000 points, as per below. The green dashed lines highlight in this chart the positive trading range that is worthy of participating in now and into the future while the momentum continues. 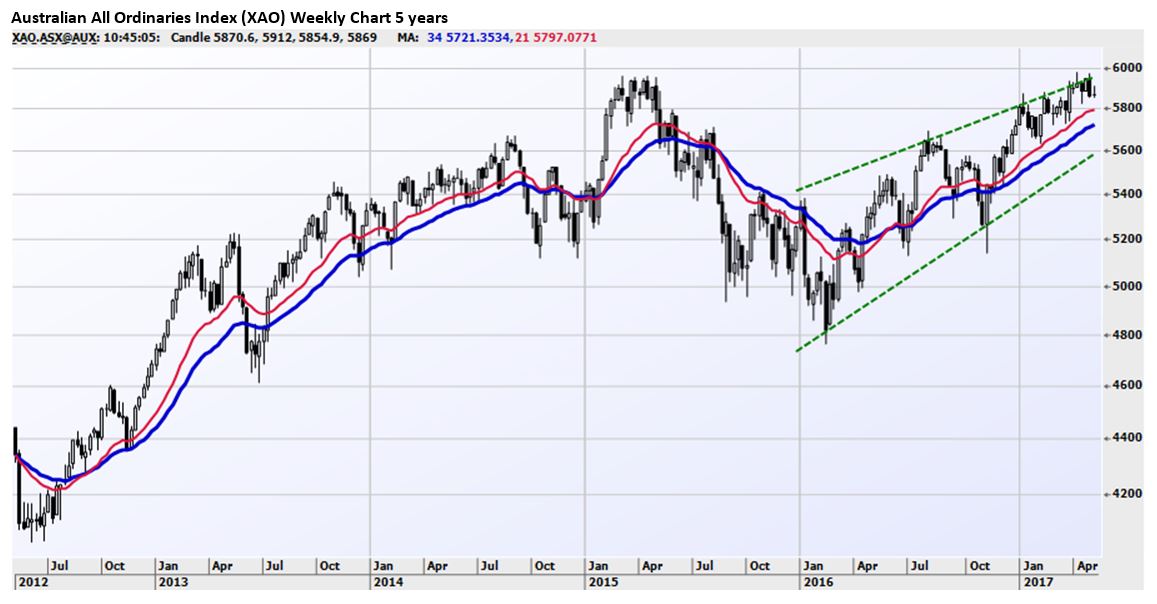 1. The last two days does not trigger a reason to sell down positions in the banks, nor has it reversed the general positive trend in the market.

2. Historically the Banking Sector has offered a strong dividend policy and we believe that this strategy is likely to continue into the future.

3. With current Bank yield’s (grossed up for franking credits) all above 6.5% they remain attractive, particularly for superannuation funds.